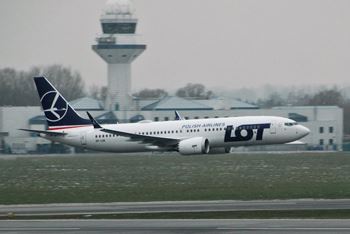 The latest acquisition of PLL LOT - in service since 2018, being the most modern narrow-body aircraft of the Boeing group. There are 186 seats on board the B737 MAX 8. The first B737 MAX 8 for LOT Polish Airlines received SP-LVA registration. The aircraft will operate short and medium range routes from the LOT Polish Airlines network. 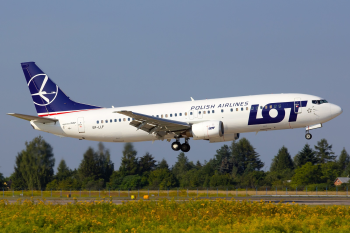 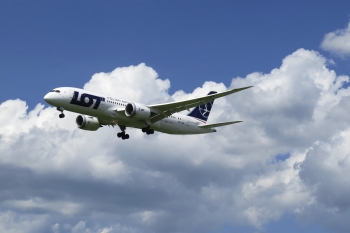 Boeing 787 Dreamliner – Boeing 787 Dreamliner - medium-sized, wide-body, long-range airliner. The first flight took place on December 15, 2009, and began service in 2011. Constructed and built by Boeing Commercial Airplanes. Carries 210 to 330 passengers depending on the seating configuration. By design, the aircraft is expected to be more economical when it comes to fuel consumption compared to previous versions of passenger aircraft. In addition, it will be the first passenger aircraft in which the fuselage and wings were made almost entirely of composite materials. 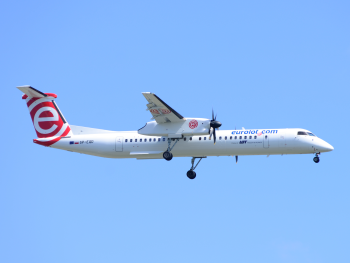 The latest passenger variant Q400NG, which has been officially offered since 2008. The aircraft has been modified in its   maintenance program, allowing for lower operating costs. Fuel consumption is slightly reduced. The service life of the airframe was set at 67,000 hours or 80,000 take-off / landing cycles. The avionics were adapted to ICAO, CAT, IIIA conditions and the DataLink system. 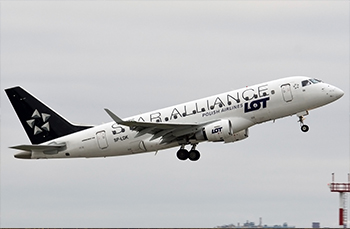 Airliner of the Brazilian company Embraer. It is a medium-range jet that takes a maximum of 70 passengers on board. The first Embraer 170 flight took place on February 19, 2002. The first carrier using Embraer 170 was LOT Polish Airlines. With this airplane, LOT made the first commercial flight – on the route Warsaw (WAW) – Vienna (VIE) – flight LO 225 in March 2004. 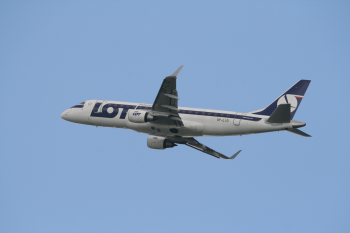 It is a narrow-body regional jet – a slightly elongated version of Embraer 170, taking 82 passengers on board. One of the users of Embraer 175 aircraft (version 175LR) are LOT Polish Airlines, which have 10 machines of this type in their air fleet. 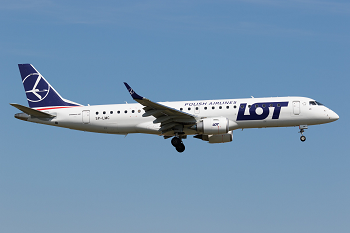 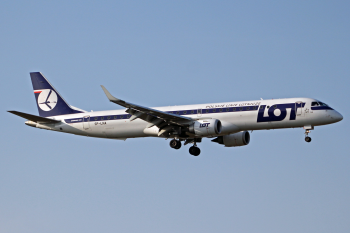 Narrow-body medium range passenger aircraft, low wing aircraft. His first flight took place in December 2004. The aircraft holds 108 passengers. In June 2006 he received a safety certificate. This is the largest of the aircraft belonging to the Embraer E-Jets family. LOT Polish Airlines has ordered 6 aircraft of this type. The first of them, with the registration number SP-LNA, arrived at the Warsaw airport on April 11, 2011. 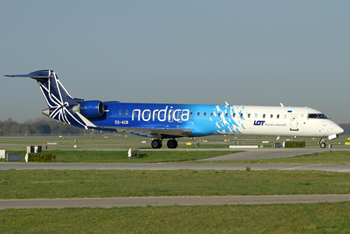 Passenger jet, manufactured by the Bombardier consortium. Its design is based on Canadair Challanger aircraft. He joined the PLL LOT fleet as part of cooperation with NORDICA. 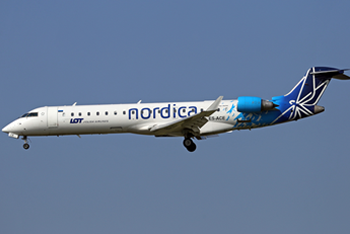 A small passenger jet  produced by the Bombardier consortium. Its construction is based on the CRJ-200 model.. He joined the PLL LOT fleet as part of cooperation with NORDICA.